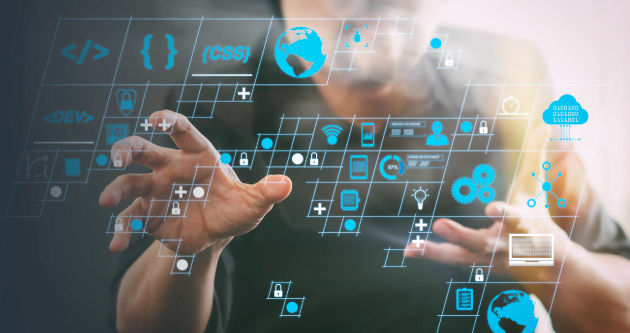 Still Running Forms? Now is the Time to Modernise

Inoapps has been delivering solutions using Oracle Application Express (APEX) for over 12 years. One of the very first large projects we completed was a migration from Oracle Forms to APEX of a complex Hydrocarbon Accounting solution for one of the local oil and gas companies. It was a very large application, with a complex calculation engine, many screens and interfaces and a fundamental need for a high quality, stable and robust solution.

Some of the Oracle Forms code was a bit of a mess - lots of "client-server" architecture, with business logic held in the front end - but fundamentally the migration to APEX was a simple exercise:

The ironic thing is that although that case study was over 12 years ago, it is still a project use case that we see amongst our customers and prospects today.

It says a lot about the success and proliferation of Oracle Forms that so many organisations used it as the platform of choice to build custom solutions for so many years. It also says a lot about the quality of that Oracle Forms platform that many organisations are still using it for business-critical applications. It may be a bit dated, it is certainly not fashionable, but it works.

Increasingly, however, organisations are now realising that the time has come to decommission those old Oracle Forms estates, and move onto a modern, scalable platform. Hence the reference to "an oldie but a goodie".

The ongoing success of the APEX platform, based on its increasing scope and capabilities, means that APEX is now more than ever the logical choice for those organisations still running Oracle Forms and Reports estates within their business.   The #LowCode framework that Oracle APEX delivers means that you can re-use the business logic in your database and triggers, and deliver that in a rapid, agile and scalable platform.  By using Oracle Cloud Infrastructure, projects can be delivered using a simple and secure architecture, with end users continuing to access their core business applications, but in a modern and pleasing User Interface.

I wonder if in another 12 years, IT departments will still be pondering "we really need to do something with that Forms based application"?  If they do, I am sure the answer will still be "migrate it to APEX".

If your organisation has a legacy Forms and Reports system, speak to the expert team at Inoapps to find out how we can migrate your business applications to APEX.